To many, including myself, skate culture often represents a fusion of many forms of expression intertwined in a unified package which focuses on the art as much as the sport. However, in Nepal, this creative outlet is not fully realized as there has not yet been a reliable hub (skate-park) for it to prosper in. Consequently, I initiated this fundraiser project to improve skateboarding in Nepal, with the following objectives in mind:

The Annapurna Skatepark project is Nepal’s first international standard skate park, built in 3 weeks in April 2017 by more than 90 volunteers. On my behalf, the project originally started through the curation of the Outtallectuals fundraiser compilation album, ‘Phewa Dawn’, organising charity music events in London, contributing the funds and labor work to the construction process, and documenting the project from start to finish.

Part I (Conceptualisation and inception)

This album was originally incepted as a fundraiser to redesign and renovate Phewa Skatepark, the only functioning skate park in Nepal at the time. This first stage started in Pokhara, Nepal in February 2016, leading to this project concept & fundraiser video that I filmed and edited.

During the fundraising and project development process, we learned that Make Life Skate Life, another organisation who build skateparks around the world, had chosen Nepal as their next destination. At this point, with the aid of our local partner who built Phewa Skatepark, all organisations joined to build a brand new skatepark in Pokhara’s Rangasala Stadium sports complex.

Built in April 2017, Annapurna Skatepark is the first international standard skatepark in the landlocked Himalayan nation of Nepal. Constructed with Make Life Skate Life at the helm of operations and acting as the meeting point of numerous different crews from around the globe, the project is a truly international and community-driven effort.

Combining the support of local skaters, as well as volunteers and builders from more than 20 other countries, 110+ cubic meters of concrete were poured, and sculpted to take the form of this authentic concrete park. The process united old & young, foreign & local, men & women to put aside all social differences, and work together for the love of skateboarding.

The project which was funded entirely through donations has already proven to be a major success by consolidating the skate scene in Nepal, and being subjected to daily shred by an increasing number of skaters. Having been built in Pokhara’s main sports complex, the project received backing from the Nepal government, paving the way for the country to host continental skate competitions and help bring Nepal into the global skate community.

All photos were taken by Ekaterina Anchevskaya 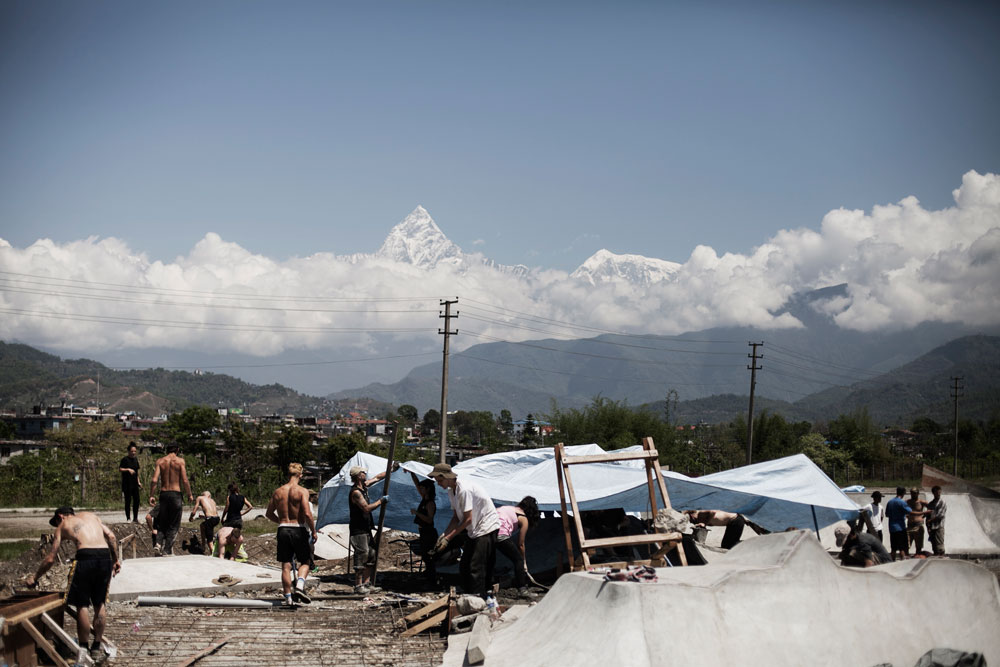 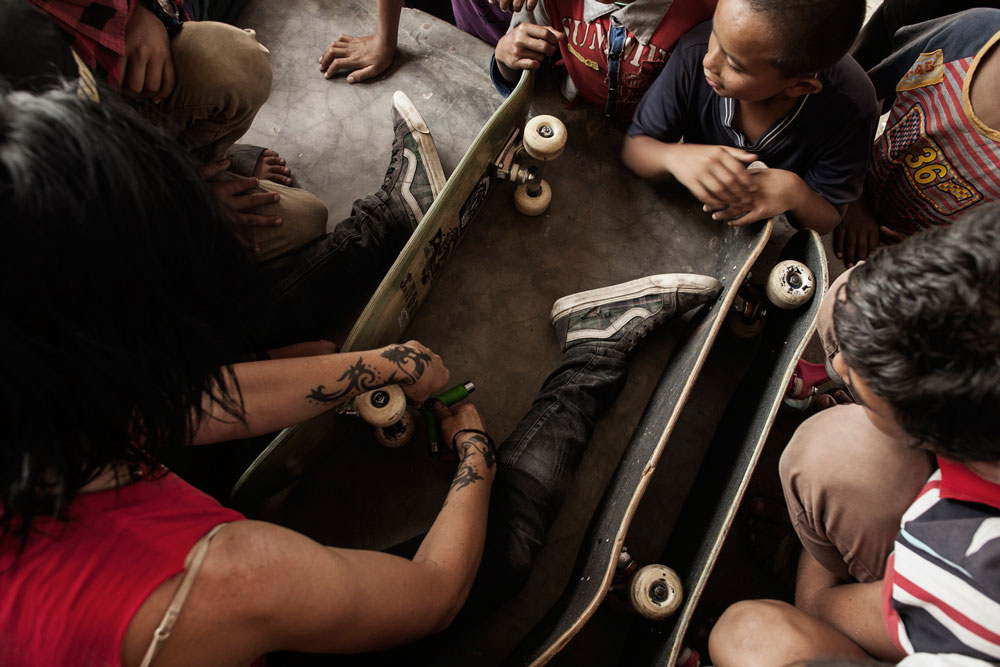 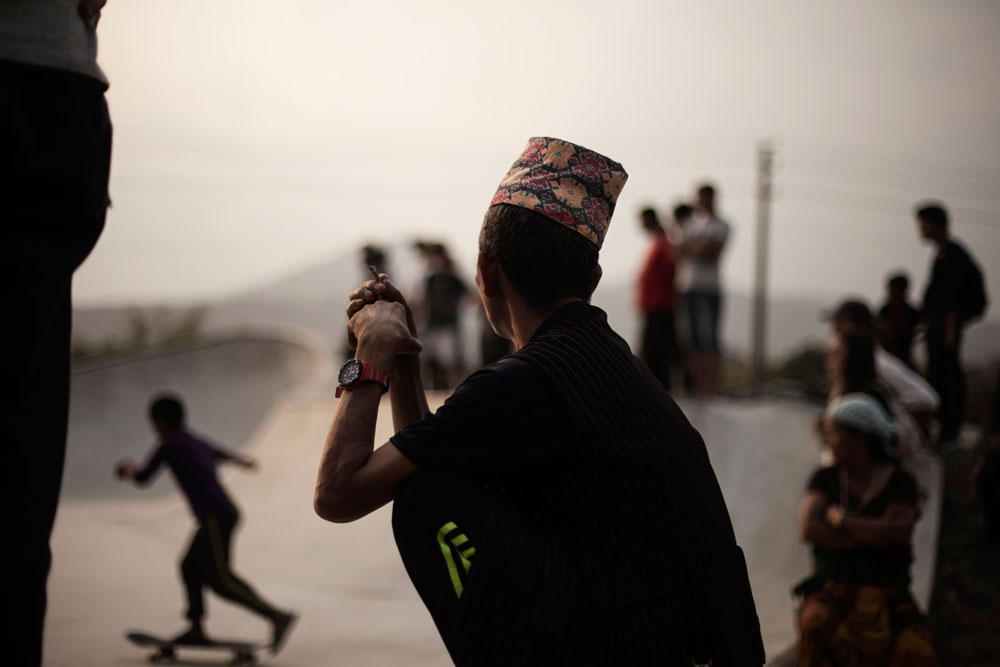 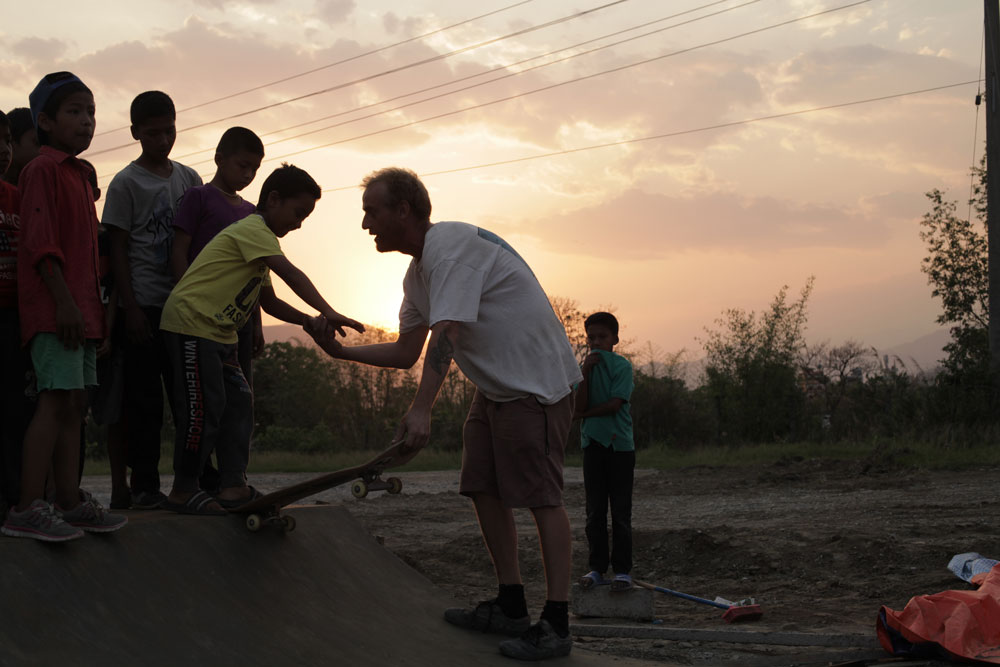 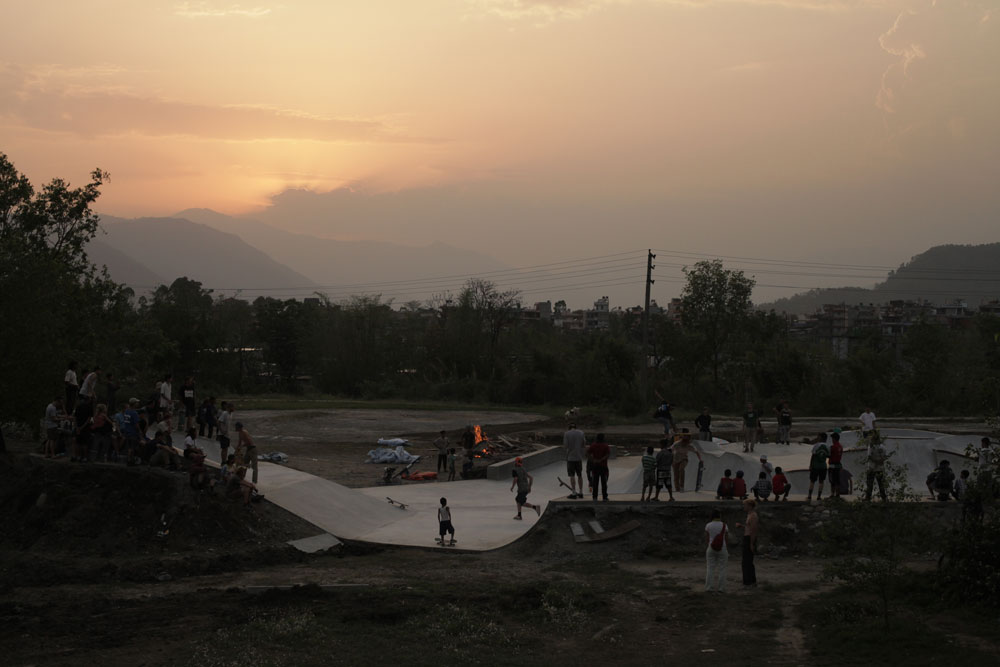 The filmed was premiered at House of Vans, London, digitally premiered on The Berrics, and has so far been featured in Sidewalk Magazine, Kingpin Mag, Grey Skate Mag, Daily Grind (KR) and Vague Mag.

Cookies
To make this site work properly, we sometimes place small data files called cookies on your device. Most big websites do this too.
Accept